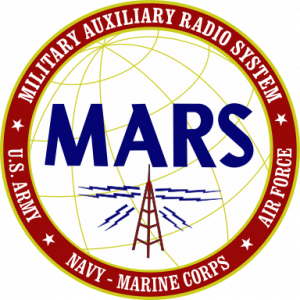 The Army Military Auxiliary Radio System (MARS) will host the traditional military/Amateur Radio communication tests to mark the 68th annual Armed Forces Day (AFD) on Saturday, May 11. The event is open to all radio amateurs. Armed Forces Day is May 18, but the AFD Crossband Military-Amateur Radio event traditionally takes place 1 week earlier in order to avoid conflicting with Hamvention®. Complete information, including military stations, modes, and frequencies, is available on the US Army MARS website.

“For more than 50 years, military and amateur stations have taken part in this event, which is only an exercise scenario, designed to include hobbyist and government radio operators alike,” the event announcement said. “The AFD Crossband Test is a unique opportunity to test two-way communications between military communicators and radio stations in the Amateur Radio Service, as authorized in 47 CFR 97.111. These tests provide opportunities and challenges for radio operators to demonstrate individual technical skills in a tightly-controlled exercise scenario that does not impact any public or private communications.”

During the event, military stations in various locations will transmit on selected military frequencies and announce the specific ham frequencies they are monitoring.

Military stations expected to be on the air for the event include those in Arizona, Japan, Hawaii, Okinawa, Washington, DC (and elsewhere in the contiguous states), the USS Midway, the USS Yorktown, the USS Iowa, LST-325, the US Naval Academy in Annapolis, and the Newport Naval Radio Station Museum in Rhode Island. The MARSCOMM and MARSRADIO nationwide networks will have multiple stations on the air across the continental US.

An AFD message will be transmitted utilizing the Military Standard (MIL-STD) serial PSK waveform (M110) followed by MIL-STD Wide Shift FSK (850 Hz RTTY), as described in MIL-STD 188-110A/B. Technical information is available. The AFD message will also be sent in CW and RTTY, as indicated on the full schedule. Anyone wanting a QSL should complete the request form on the MARS website.